The Saint Jo Riding Club was organized by Weldon Dennis in 1957. This bold and Enthusiastic venture, which most people would hesitate to begin, has been quite fruitful. Charles Dennis was the first vice president, Starr Mann was secretary & treasurer and Bobbye Tuggle, granddaughter of Noah Pitman, was the first sweetheart.

The Saint Jo Riding Club won first place in their first parade on record - the Montague County Centennial parade in August 1958.  In September of 1958, they placed third at the Roundup Parade in Gainesville.

Mack Thweatt was the next president, in these trying years of getting started, and was followed by F.C. Galmor who served two years. Much progress had taken place from the very beginning, and in 1960, the first rodeo arena was built.

The crowd sat on the hillside during the first rodeo, and then came the strong desire for better facilities.

The entire citizenship of Saint Jo and surrounding area have cooperated in enlarging and improving the present Riding Club Arena and all its facilities. This lovely amusement spot symbolizes loyalty, good will, hard work, and community spirit of the Saint Jo Area.

The Club has over 200 trophies to its honor. Some of these trophies are displayed at area local businesses in Saint Jo. Please visit our rodeo legacy and our rich history at Trailtown Treasures on the Square or the Stonewall Saloon.

The Riding Club, through strong cooperation, has enjoyed many successful years. They now have their adequate arena, with a concrete pavilion. In 1987, the Club improved the facilities even more by running city water to the arena.

Past Presidents of the Club: 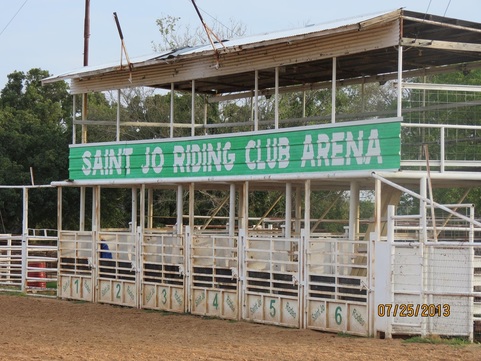 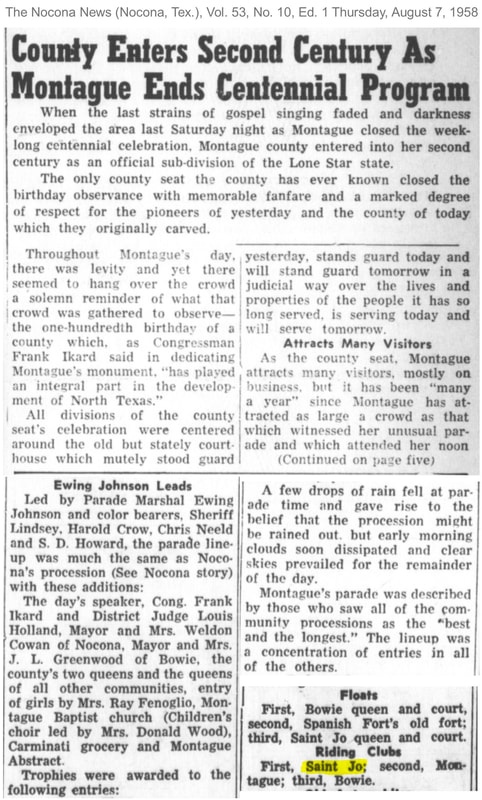 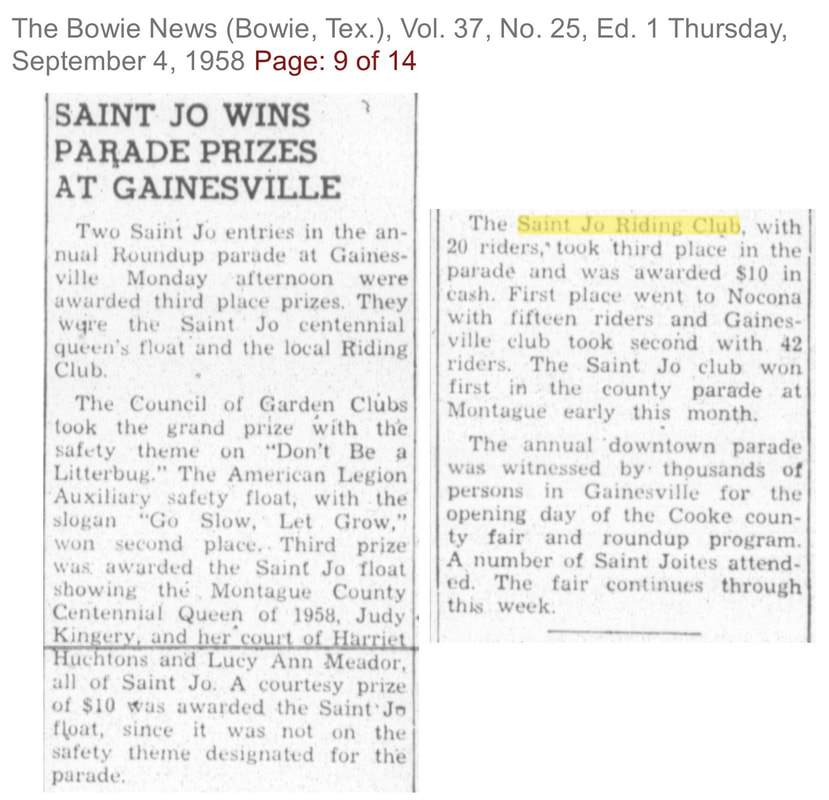 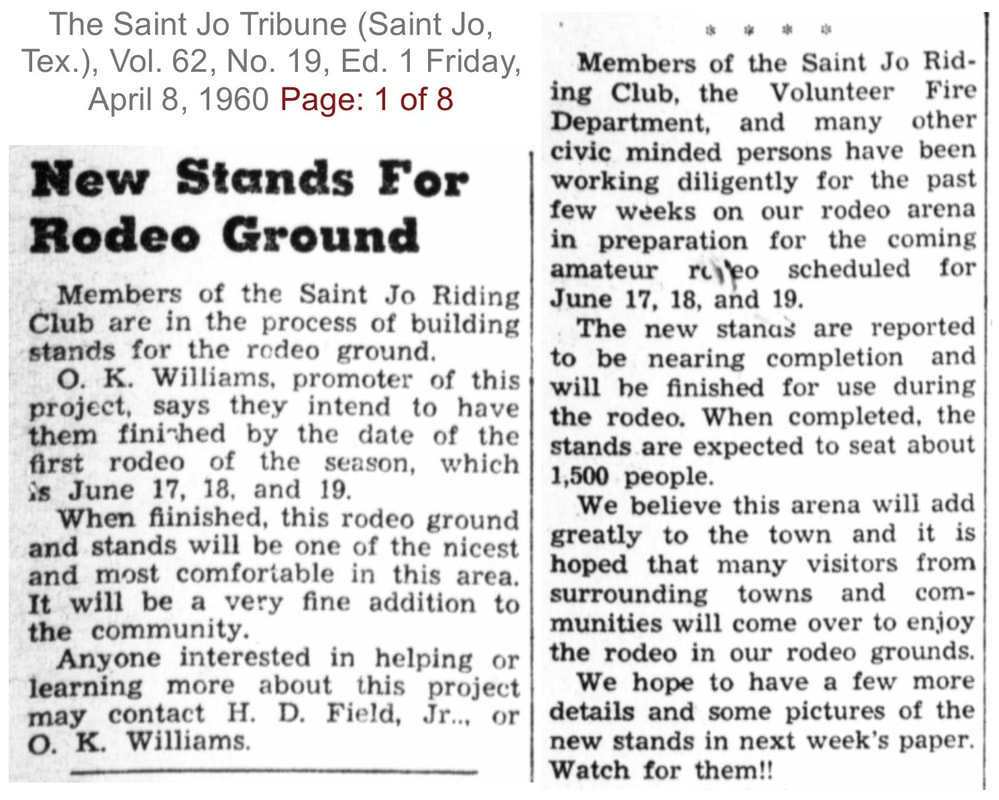 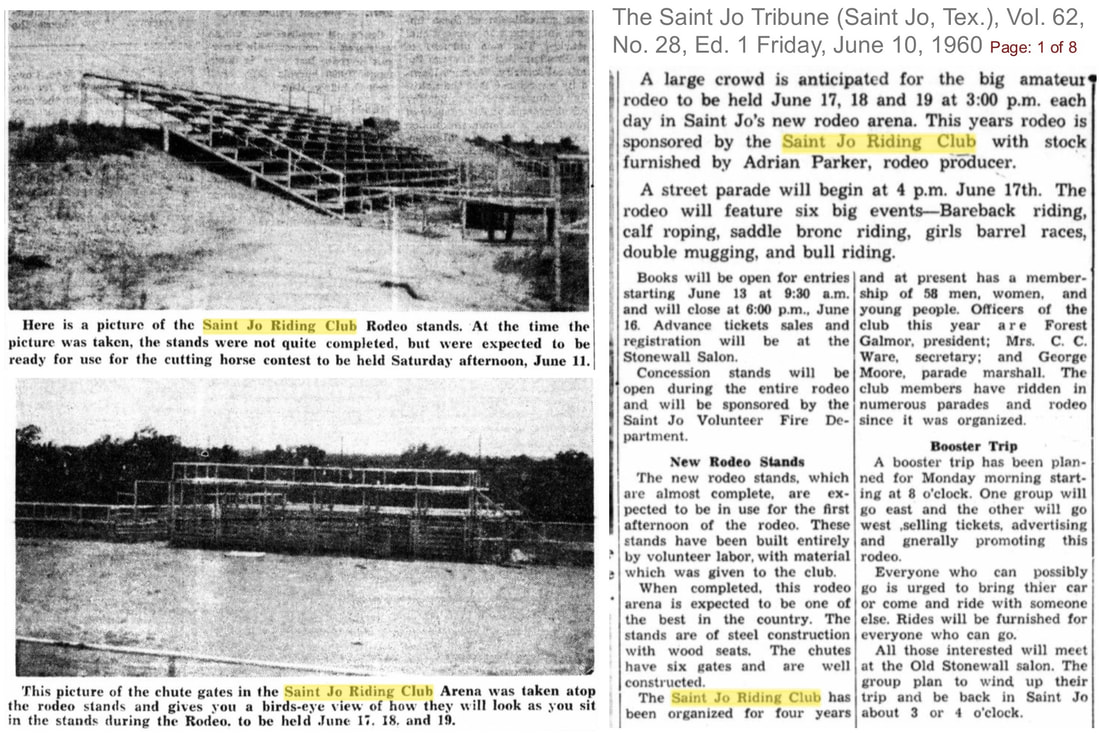